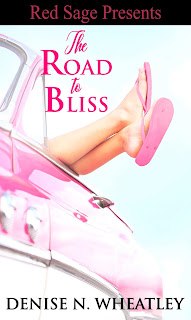 Hello everyone, and welcome back to my blog! Welp, I was hit with quite the celebratory doozy today. I was expecting my contemporary romance novel THE ROAD TO BLISS to be released on May 1st, but Red Sage Publishing decided to push up the date, so it’s out now! I’m super excited to share with you a sneak peek, book trailer and exclusive excerpt. And be sure to check back later this month for an exciting giveaway!


The Road to Bliss:

When the pursuit of happiness leads to an unexpected second chance at romance….


Newly engaged Timber West is a beauty and wellness entrepreneur who seemingly has it all. But her life is abruptly turned upside down when she and her older fiancé Brian break off their engagement after he questions her career choices and wavers on his desire to have more children. Timber turns to her best friend Eva for support, which is tricky considering Eva also happens to be Brian’s daughter.

Timber eventually finds love again with sexy actor Alex and moves her flourishing company Soothing Bliss into a beautiful commercial space. With an exciting new man in her life and a business that’s booming, Timber finally feels as though she’s on the perfect path. But she’s thrown into a whirlwind of turmoil when Soothing Bliss’s new location is threatened to be purchased by a callous art curator, and Alex’s growing popularity sparks his wandering eye.

Then Brian suddenly resurfaces and he and Timber start up an unlikely friendship, giving her just the boost that she needs. As Christmastime approaches, Timber hopes that her favorite holiday will bring about a miracle in her fight to keep Soothing Bliss in its rightful home. And with a little compromise and dose of holiday magic, she wonders whether she and Brian can work through their past and mend a relationship that perhaps never should have unraveled. 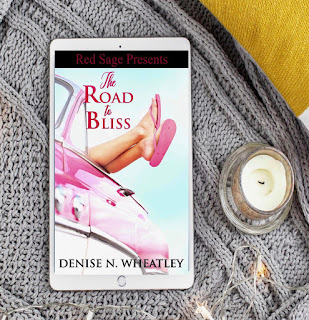 Timber rested her head against the couch and thought about that night she and Brian’s relationship transitioned from academic to personal. After Eva had left for the city, Timber went back up to the apartment to tell the professor she was leaving. When she walked inside, he was sitting on the couch. He asked her to join him. She did. He was sitting on one end. She sat down on the other. The space in the middle was empty. He appeared miles away.

Timber felt the tears coming on again. But this time they weren’t tears of grief. They were tears of joy. And nervousness. Because she knew that she needed to explain why she’d shunned him over the past several months, and tell him how she really felt about him. Timber took a deep breath and turned towards him, ready to confess.

“I love you,” Brian whispered. He looked directly into her eyes. His hands were folded in his lap. He sat perfectly still, his expression wrinkled with sincerity.

Timber leaned back and stared at him in disbelief. She wanted to say something, but couldn’t because his statement had paralyzed her vocal chords. Her mouth hung open. She struggled to speak. But before she could, the professor slid into that empty middle seat and wrapped his arms around her. Timber embraced him, closing her eyes and finally allowing the tears to fall.

The professor pulled away from her and smiled. “Are we still on for dinner tonight?”

“Great. I’ll pick you up at seven. We have a lot to talk about, and a lot to figure out. But I think we should take things slowly so not to ruin something that we both seem to have wanted for quite some time.”

“I agree,” Timber replied. The pair stood up and left the apartment.

“By the way, you know you can call me Brian now,” he said amusingly.

“That may be somewhat difficult considering I’ve been calling you Professor Morris all this time, but I’ll try,” Timber laughed.

“I’ll see you at seven,” he said, walking Timber to her car then heading to his.

“Good. I was waiting for that.”

Timber gave herself a quick once-over in the mirror then heard her bell ring. When she opened the door, Brian’s eyes widened and he took a step back. The dozen roses he was holding fell down by his side. She laughed and took the flowers then invited him in.

“Wow. You look absolutely stunning,” he told her. “I couldn’t even speak when you opened the door.”

“Yeah, I noticed!” Timber laughed, walking to the kitchen and putting the flowers in water. “Thank you. You look very nice, too.”

And he did in his crisp blue shirt and perfectly tailored navy suit. His hair was freshly cut and he smelled divine. Timber felt a thrill shoot up her spine, still is awe that this night was finally happening.

“I was thinking we could do Italian tonight,” Brian suggested when Timber walked back into the living room and placed her flowers on the coffee table. “By the way,” he continued, “Did I tell you how beautiful you look?”

“I believe you did,” Timber blushed, grabbing her clutch. “Shall we go?”

On the way to the restaurant, music and movies were the topics of conversation. After they ordered, they chatted about Eva. Throughout dinner, Timber caught Brian up on everything he’d missed over the past several months. During dessert, they discussed how Brian had married Eva’s mother at a very young age and had no idea what he was getting himself into. But he was glad that they’d remained great friends after their divorce, and they were both so proud of the way they’d co-parented with Eva.

After dessert, Timber and Brian sipped espresso and discussed her upcoming first semester as a graduate student. He explained to her what she could expect, and what she should focus on depending on her career path after graduation. Three and a half hours had passed. And it was the best date that Timber had ever been on.

The lively conversation continued on the drive back to Timber’s house. When Brian pulled into her driveway and walked her to the door, it was obvious that neither of them wanted the evening to end. And while they hadn’t discussed what the future held for them as a couple, it certainly seemed as if they both wanted to be together.

“I had a wonderful time tonight,” Brian said.

“Was it really? Well I’m glad to hear that. And thank you. That’s quite the compliment.”

“It was,” Brian agreed. “We’ve always had great chemistry.” He paused, then took Timber’s hand in his. “So does this mean you’d like to see me again?”

“I would love to,” Timber responded, intertwining her fingers with his.

“Good. I’m looking forward to it. And just so you know, I’ve wanted to be with you since the first day you walked into my classroom.”

Timber stared at Brian through widened eyes. So it was official. He had in fact been just as interested in her as she’d been in him from the very beginning.

“But I honestly never thought this would happen,” he continued, “Especially after every day that went by that I wasn’t able to talk to you. After you graduated, I didn’t think I’d ever see you again. So now that I have you here, I don’t ever want to let you go.”

Brian leaned in and kissed Timber softly. She closed her eyes and relished in the moment, absorbing every single word that he had just spoken while his supple lips pressed against hers. She was so taken aback by his admission as well as this kiss that she felt as though she was floating on air.

Timber hoped their relationship would last forever. After almost six years of inseparability, she was confident it would. When Brian slipped a diamond and platinum engagement ring on her finger one day late last year, she was convinced that it would… 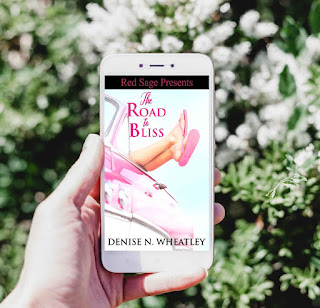 to purchase THE ROAD TO BLISS!


Shop my collection of books and connect with me here: