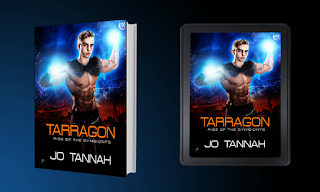 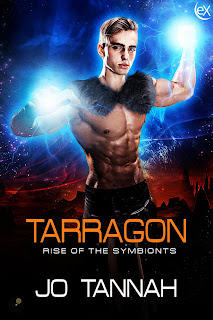 Embracing magic is only the first step.

Before Kallen, there was Tarragon. Oryon history sees him as the first and greatest of all technomage kings. What history has forgotten, however, is that he was also the very first to partner with a symbiont.

At the age of eighteen, Tarragon becomes clan king by default. He alters the face of Oryon’s history when he fully embraces magic and emerges as the first ever technomage king. Surrounded by deadly rivals who are intent on eradicating his family, Tarragon, as the last surviving heir, needs to learn how to control his magic and how to fight. Survival is not easy, and if it means getting involved in a dangerous secret, so be it.

Check out the exciting TARRAGON book trailer below!

Read on for an exclusive excerpt:


Something moved by his side, and the energy reacted to the threat. Without opening his eyes, Tarragon dispatched what he somehow knew to be an enemy soldier in a reflexive slash of his free hand. The energy talked to him, told him things with no words or feelings, only images. The energy screamed.


A slash of burning pain dropped across his shoulder, and Tarragon cried out, his right arm losing feeling. But his left hand remained on the generator’s surface, and that touch opened a bright world of blue and white rage in his mind.


On a thought and a mutter of a word, Tarragon’s deadened arm functioned once more. He opened his eyes and saw an enemy soldier standing at an arm’s length from him. He watched as the man raised his sword over his head in a two-handed hold. With a flick of his finger, blue energy rushed the length of Tarragon’s arm, ran down to the tips of his fingers, and leapt through the space between him and death. The enemy stood frozen, his mouth open in a wordless scream. Seconds passed as though hours had, and then the enemy began to crumble, falling to the ground in a pile of dark ash…. 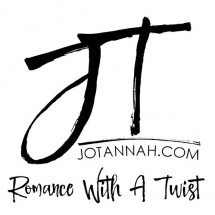 I grew up listening to folk tales my father and nannies told either to entertain us children or to send home a message. These narratives I kept with me, and finally, I wrote them down in a journal way back when I kept one. Going through junk led to a long-forgotten box, and in it was the journal. Reading the stories of romance, science fiction and horror I had taken the time to put to paper brought to light that these were tales I had never met in my readings.

The tales I write are fictional, but all of them are based on what I grew up with and still dream about. That they have an M/M twist is simply for my pleasure. And I hope, yours as well.