BACKCOUNTRY COVER-UP is OUT NOW! *Excerpt Inside* 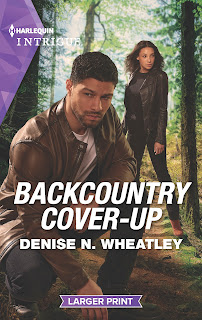 The day has finally arrived, friends. BACKCOUNTRY COVER-UP is out now! Keep reading for more on the book, including the blurb, an excerpt, buy links, and an author life update! 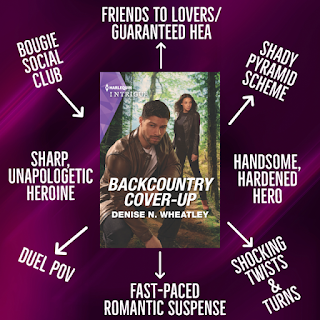 Can they find justice...
Before one of them dies?
When her body is found on a hiking trail, deputy sheriff Todd Jacobson believes his sister was murdered. Her best friend, private investigator Elle Scott, agrees to help Todd prove it. When she infiltrates an unusual, elite social club, Elle becomes embroiled in a scheme of high-stakes payouts and deadly consequences…and Todd realizes he’s Elle’s only hope against becoming a corpse under the tree this Christmas. 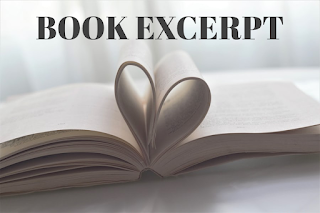 Here's an exclusive excerpt from Harlequin:

Todd went silent for a moment.

Elle stood and began pacing the floor. “I…um…I received a weird phone call today. Voice mail, actually. Someone called me anonymously and I didn’t pick up. So they left a message.”

“Okay…what did the message say?”

“That they know what I’m doing. And if I don’t stop, I won’t make it out of the next attack alive.”

Todd grunted into the phone. “The next attack? What the hell is that supposed to mean?”

“That whoever called had something to do with the crash at the forest preserve, and they’re planning the next move against me.”

Elle’s legs trembled uncontrollably. She stumbled over to her vanity and slumped down onto the white wooden stool.

“Well, what did the person’s voice sound like?” Todd asked.

“Very eerie. And deep. But cartoonish. Like they were speaking into one of those devices that disguise your voice.” Elle grabbed a tissue and dabbed it along her forehead. “Isn’t it ironic that I got that call right after we went to visit Bryce?”

“It is. Or it could just be a coincidence. Either way, we’ll get to the bottom of it. But in the meantime, you need to be careful. Somebody’s obviously watching you. Keep your eyes open. Be mindful of how you move around town. Of course I’ll be looking out for you, as well.”

“That’s understandable. But trust me, you and I will get to whoever is behind this before they get to you. You’re a highly skilled private investigator. I’m a former marine turned deputy sheriff. Together, we’re a force to be reckoned with.”

A surge of confidence shot through Elle’s chest. She stood, grabbed her clutch and headed to the living room. “I need that reminder, Todd. Sometimes I forget to stand in my power.”

“Never forget that, my friend. Listen, I’m pulling up to your house now. Are you ready?” 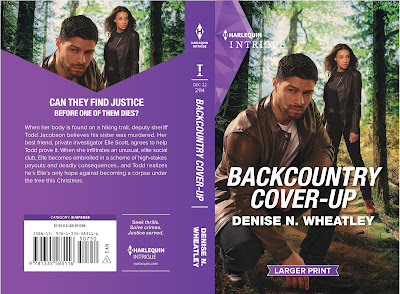 CLICK HERE to purchase your copy of BACKCOUNTRY COVER-UP, and in case you missed it, CLICK HERE to hear all about my new 3-book deal with Harlequin Intrigue!
Next up for me is the release of my Harlequin Intrigue holiday story, A DEADLY CHRISTMAS INVITATION, which will be available through Harlequin.com. After that, I'll be releasing Book 2 in my West Coast Crime Story series, DANGER IN THE NEVADA DESERT. That novel tells the story of Miles Love, who's just been promoted to detective with the Clemmington, California PD. He is teaming up with an old flame, Charlotte Bowman, who's the police sergeant of River Valley, Nevada and on the hunt for the Numeric Serial Killer. Here is the official blurb:
A killer’s terrorizing River Valley…
And its newest sergeant.
With a serial killer terrorizing her desert town, Sergeant Charlotte Bowman needs the savviest partner she can find—fast! Enter hotshot California detective Miles Love. Together Charlotte and Miles make a formidable team despite their fiery past. But with the stakes as intense as their chemistry, can the pair outwit a ruthless murderer—who might just have River Valley’s newest sergeant next in his sights? Be on the lookout for more deets on that book, as well as the cover reveal.
As always, thank you for stopping by, and I'll see you here again soon!
Posted by Denise N. Wheatley at 6:49 AM