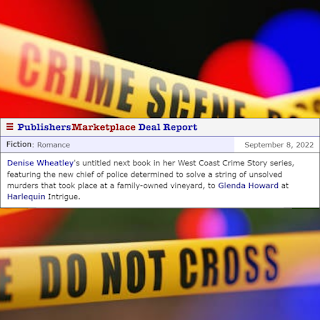 Hey, friends! I am popping in today with an exciting announcement. I recently signed a new 3-book contract with Harlequin Intrigue! Keep reading to hear all about it... 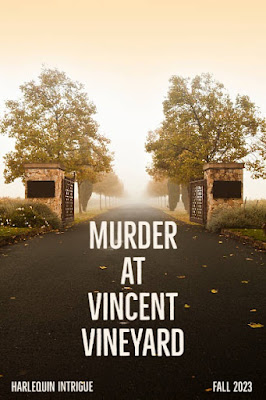 The first book under contract is MURDER AT VINCENT VINEYARD. This novel will round out my West Coast Crime Story series, being the third in the trilogy. In it, Jake Love's story comes to life as he is named Clemmington, California's new police chief after his father, Kennedy Love, decides to retire.

Jake's first order of business is reopening a cold case that was close to his father's heart--the murder of Don Vincent. Don owned Vincent Vineyard, one of the most popular family-run wineries in the area, and was a great man of the community. Retiring before the case was solved is one of Kennedy's biggest regrets, and he's elated upon hearing of Jake's plan to finally catch the killer.

Along for the ride is Ella Bowman, Jake's new girlfriend. Readers will meet Ella in Book 2 of the series, DANGER IN THE NEVADA DESERT. She is the sister of River Valley, Nevada's police sergeant, Charlotte Bowman, who's teaming up with Jake's brother to try and capture the desert town's Numeric Serial Killer. In MURDER AT VINCENT VINEYARD, Ella is determined to help Jake solve Don's murder investigation. But she's also hiding a dark secret tying her to the vineyard that could end her relationship with Jake--and her life.

As the Vincent family members' selfish desire to take over the vineyard tears them apart, more employees fall victim to Don's killer. It becomes a race against time to catch the suspect before more lives are lost--including Ella's. 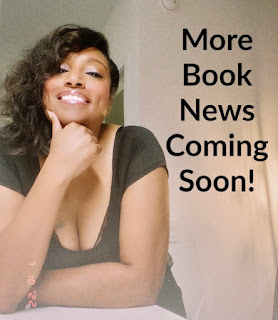 Stay tuned as I'll be sharing news on several upcoming projects, including two Christmas stories that will be hitting shelves soon. As always, thank you for stopping by, and I'll see you next month!
Posted by Denise N. Wheatley at 2:08 PM