CHRISTMAS IN FULL BLOOM Has Been Optioned for Film! 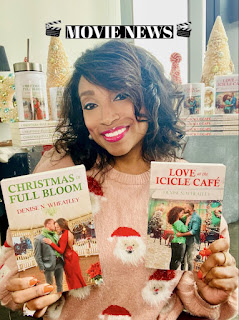 Merry Christmas in July, friends! I am kicking off the month with some very exciting movie news on two of my holiday novels, CHRISTMAS IN FULL BLOOM and LOVE AT THE ICICLE CAFE. Keep reading for all the deets! 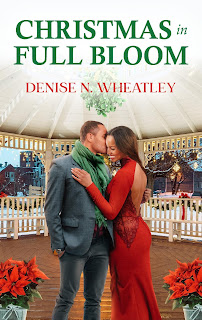 I have been keeping this news a secret for quite some time, and I'm so happy to finally share that CHRISTMAS IN FULL BLOOM has been optioned for film! This is SUCH a dream come true, and I cannot wait to see Lauren and Mel's story come to life on screen. If you're not familiar with the book, here's the scoop:
This Christmas, can they slow down long enough to smell the roses and fall in love?
When savvy, up-and-coming floral designer Lauren Beal returns home to Maple Valley, Michigan, for her sister's holiday wedding, she’s determined to be the perfect maid of honor. She didn’t expect the best man to be the college crush she’d reluctantly left behind to pursue her Chicago-based dreams.
Family practice doctor Mel Jennings always knew he’d remain rooted in Maple Valley to work for his father’s clinic. He happily juggles his demanding practice with philanthropic endeavors that connect him to his tight-knit community. Sparks fly when he reunites with Lauren, the one who ran away. As they enjoy Maple Valley’s Christmas festivities, Mel remembers how close they once were. But can they ever have a future?
Lauren finds herself falling for Mel and suspects the feelings are mutual. Yet they’re both pulled in different directions by work and family. Will the pair find a moment alone during the hectic holiday season to figure things out, or will they miss their chance at love once again?
CLICK HERE for more on CHRISTMAS IN FULL BLOOM! 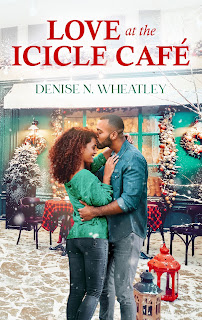 As for LOVE AT THE ICICLE CAFE, it is under contract with an amazing executive producer who has developed over 250 television movies and mini-series. She also happens to love Mina and Scott's story just as much as I do. So that book is in great hands as well. Here's more on it:
Can an icicle-themed festival thaw the most unlikely hearts?California lawyer Mina Richards spent her childhood helping her mom bake at their winter-themed café in the snowy village of Gosberg, Germany. When her retired parents want to sell The Icicle Café, Mina returns to facilitate the sale. She needs this to go right—she’ll fly in, finalize the deal and fly out to rescue her once high-powered career. But faced with Scott, her childhood friend and crush who doesn’t want to sell, Mina’s plan quickly falls apart.Rising chef Scott Dawson has turned The Icicle Café into a destination restaurant. His parents and their partners want to sell the café to a hotel chain, and Scott can't meet their price. When Mina arrives—more beautiful and determined than ever—he sees the possibility of a new future for the business and the town he loves. He just needs to change her mind…about more than selling the café.When Scott asks Mina to help with the café’s annual Icicle Fest, their icy relationship warms. Can these former friends find a future together in the snowy village of their past?
CLICK HERE for more on LOVE AT THE ICICLE CAFE! 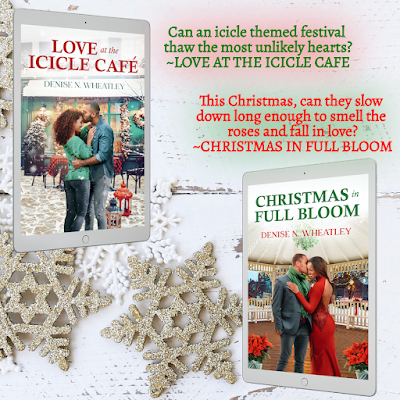 Stayed tuned--I will keep you up to date on the production process as more information rolls out!
In the meantime, I'm working on two new projects that will be released this Christmas through Harlequin Intrigue. BACKCOUNTRY COVER-UP hits shelves on November 1st directly through Harlequin, and November 29th through Amazon. Here's the scoop:
Can they find justice before one of them dies?
When her body is found on a hiking trail, deputy sheriff Todd Jacobson believes his sister was murdered. Her best friend, private investigator Elle Scott, agrees to help Todd prove it. When she infiltrates an unusual, elite social club, Elle becomes embroiled in a scheme of high-stakes payouts and deadly consequences…and Todd realizes he’s Elle’s only hope against becoming a corpse under the tree this Christmas.
From Harlequin Intrigue: Seek thrills. Solve crimes. Justice served.
As for the second project, A DEADLY CHRISTMAS INVITATION, details are being kept under wraps for the time being. As soon as I'm able, I will reveal all the scoop on that exciting release as well! 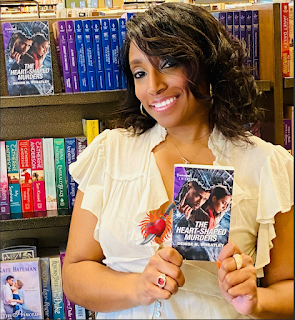 SIDE NOTE: I finally took a break from writing to stop by my local Barnes & Noble and snap a pic with THE HEART-SHAPED MURDERS. There is no better feeling than seeing your book on the shelves! I stopped by a few Walmart stores and took pics there as well, which I've posted over on my Instagram. I'm going to try and do this every time I have a new release. ❤ 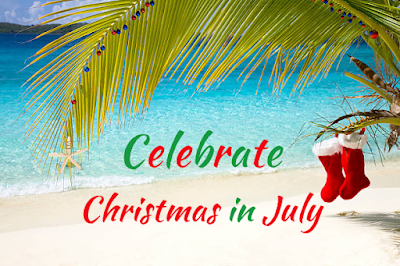 If you'd like to catch up with last year's Christmas in July post, where I discussed my other holiday novels, CLICK HERE. Thank you for stopping by, and I hope you enjoy your six-month Countdown to Christmas!
Posted by Denise N. Wheatley at 11:44 AM