SHE GETS WHAT SHE WANTS Gets A Makeover! (Plus a GIVEAWAY Inside) 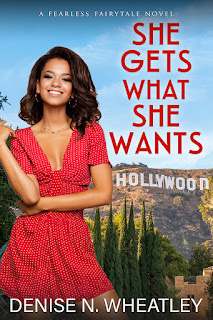 Guess what, friends? The cover for SHE GETS WHAT SHE WANTS has gotten a makeover! Keep reading to find out the deets behind the book's new look, and to check out a sneak peek of the cover for the sequel, SHE GETS WHAT SHE DESERVES. Book Two's newly-minted blurb is included, along with a giveaway! 📚
Tule Publishing's designer Lee Hyat has done it again. I just love the new cover of SHE GETS WHAT SHE WANTS. The makeover actually came about once I turned in Book 2 of my Fearless Fairytale series, SHE GETS WHAT SHE DESERVES. After really getting to know the series' heroine, Devon Jacobs, we realized that the cover needed to be revamped in order to better represent the character.
Devon is many things; kind-hearted and insecure, yet bold and courageous in the decisions she makes while pursuing her path to happiness. She is a dreamer who believes in love. And while some may say she gives both friends and potential love interests too many chances, Devon is, like many of us, learning as she goes. She's also striving to transform herself for the better, both inside and out.
As the Fearless Fairytale series progresses, readers will get to experience Devon's growth while rooting for her along the way. With that in mind, we felt as though the book covers needed to reflect Devon's fun, fearless journey. And in my humble opinion, they do just that.
Book 2 of the series, SHE GETS WHAT SHE DESERVES, will be available for preorder soon. The official release date is September 7th. CLICK HERE for updates on its release as well as an upcoming excerpt. Here's a sneak peek of the cover and the book's blurb. Cover reveal coming soon! 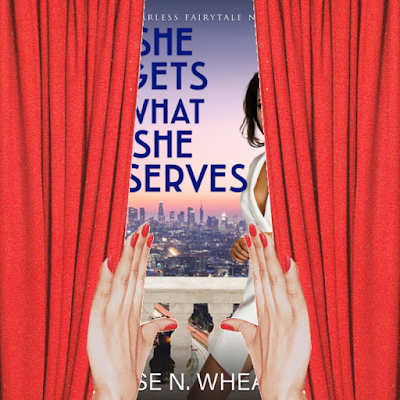 Some fairytales come with a plot twist…
Devon Jacobs finally has everything she’s been working toward—a busy, exciting life in LA, a seat at the writer’s table on the television show Here To Stay, and a promising relationship with the sitcom’s lead actor, Ryan Roberts. But in Hollywood, all that glitters isn’t gold. News that her boss doesn’t approve of workplace romances has Devon lying to keep her relationship under wraps while also struggling to have her voice heard in a room full of more experienced writers. And when rumors fly that the show may be canceled, the mounting pressure leads Devon and Ryan to reluctantly take a break.
Amid all the uncertainty, a family emergency sends Devon home to Indiana where she unexpectedly reconnects with her old crush, Jason, who insists he’s a changed man. Devon faces a life-altering choice—fight for her dream that now seems further out of reach or move home to the safety of the familiar.
What is it that she really wants?
(Tule Publishing, American Heart Imprint)

***Update: Giveaway Closed***
For a chance to win an ebook version of SHE GETS WHAT SHE WANTS, leave a comment letting me know of a time when you threw caution to the wind and went for something you wanted. Whether it be a change in careers, a new relationship, a decision to go vegan, etc., I want to hear from you! Responses may also be submitted privately via Instagram, Twitter and Facebook. A winner will be randomly selected on Saturday, May 1st. Good luck!
To keep up with all the latest on my upcoming releases, book updates, media news and more, follow me here on Instagram!
Posted by Denise N. Wheatley at 12:29 PM