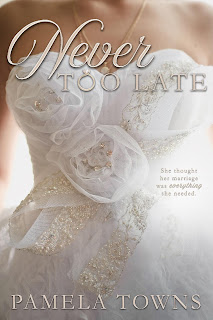 Thank you for stopping by my blog! I am excited to welcome inspirational women’s fiction author Pamela Towns, who’s here to share the deets on her latest release, NEVER TOO LATE. The novel has garnered quite a buzz, and its moving, multifaceted characters were written from the heart and will undoubtedly leave a lasting impression on readers.

Click the link below to read all about NEVER TOO LATE, check out my review, and learn more about Pamela and her interesting writing journey!

She thought her marriage was everything she needed…

Brenda Fairbanks deems her marriage as everything she needs until an old tape surfaces with a mysterious woman’s voice on it. Her happiness now spirals into doubt as she sets out to uncover the truth, all the while slipping recklessly into the arms of an old flame.

Gail Strawberry, Brenda’s wealthier first cousin, knows about the tape and doesn’t want Brenda destroying her marriage. As she tries to keep Brenda’s life afloat, her own is marred between lovers and a family secret that may ruin her relationship with her cousin forever.

But when Brenda survives an unimaginable tragedy, she and Gail are forced to trudge through the reality of their lives and the haunting past of family skeletons. In spite of everything, there’s one secret Gail has yet to fully divulge… 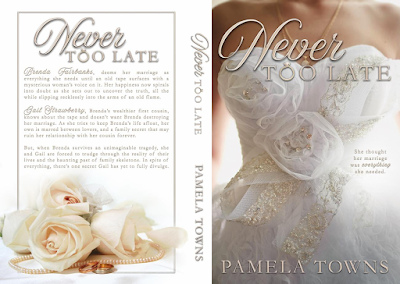 Want more? CLICK HERE to order your copy of NEVER TOO LATE!

If you enjoy entertaining/engaging women's fiction/family dramas filled with tumultuous ups and downs that will leave you guessing until the very end, then you will love Pamela Towns’s NEVER TOO LATE.

The book is centered around cousins Brenda Fairbanks and Gail Strawberry, who are struggling to hold their relationships together all while harboring a plethora of secrets, facing infidelity, and coping with betrayal.

NEVER TOO LATE, with its realistic dialogue and relatable characters, is a stark reminder that people’s lives aren’t always what they seem. The book will have your emotions running high as you eagerly wonder what could possibly happen next, all while hoping that the protagonists ultimately attain resolutions and contentment. 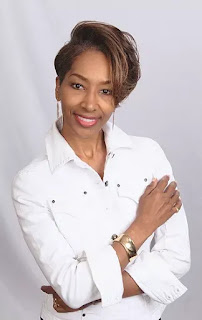 As a native of Detroit, Michigan, author Pamela Towns majored in English at the University of Detroit Mercy. Shortly thereafter, her writing career began to flourish, making its way to publications such as, Essence magazine, newspapers, online articles, blogs, an anthology, and a play advanced to The Detroit Repertory Theater.

Her work, dubbed as "moving" by television producers, ushered in an appearance on the original Queen Latifah Show.

"I've always wanted to write inspiring stories," she states. "I'm fascinated by individuals who're honest about their fractured lives. My characters are often based on such people."

In addition to writing books, she enjoys exploring pockets of Georgia where she now resides with her husband and daughter, as well as traveling the U.S., and abroad.

Author Towns has two published novels under her belt, Never Too Late and Moment of Certainty. She is currently working on her third book, Twelve Years.

To learn more about Pamela and connect with her across social media, visit her website, Pen, Paper, Perseverance!