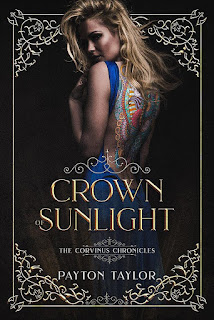 Hello, Friends! I am so happy to welcome my favorite writing duo Payton Taylor, who are here to share the deets on their newly-released fantasy series, CROWN OF SUNLIGHT and PALACE OF MOONLIGHT. Paperback copies of this much-anticipated series sold out on the day it was released, and it’s already receiving rave reviews. Read on to learn more about CROWN OF SUNLIGHT and PALACE OF MOONLIGHT, the authors, where the books can be purchased and how to connect with Payton Taylor! 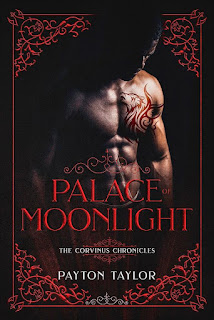 The Thief, the one who can steal your Gift and use it against you.

The Murmur, she can kill a man with a single thought.
​
The Shadow, he has enough blackmail to fill the Lussan Sea.
​
The Combatant, his super strength can't save him from the dark king.
​
And the Traveler, the small child who brought them all together. 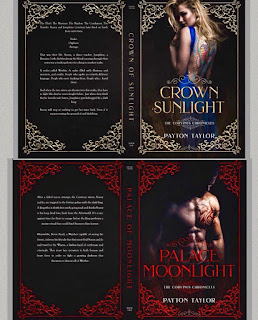 Being an older sister and having custody of her younger sister since she was 18, Sunny Corvinus was used to hard trials in life. Or so she thought. It turns out making the rent on time doesn’t seem as scary when you’re faced with an actual gigantic dragon. In the strange new world Sunny faces in our first novel, Crown of Sunlight, she has only two goals: protect her younger sister, Jo, and get them both home safe and sound.

If only those two goals were shared by everyone else, like the enemies who want to use her for her ability to use the Gifts of others or the dying queen who thinks Sunny would make the perfect heir. When Jo is taken by a dark and mysterious king, Sunny will do anything to get her back, even attempt to trust Westin, the king’s general. Little does she know, he has his own reasons for helping her.

Jo has always been a fan of Sci-fi, but old episodes of Star Trek pale in comparison to the strange and wild world of Writhia. While the queen of Vianna has her sights set on Sunny, a much darker presence sets its gaze on Jo, a stranger who knows more about her than a stranger should. When she is taken by a dark king whose mind reading abilities are shockingly similar to her own, she finds an inner strength she never knew she had as she faces renewed torture every day. Her only “friend” is the king’s spymaster, Leo, who is trying to find his own strength to heal from his own torturous memories.

Can Sunny and Josephine trust these strange men from a dark kingdom to help them find each other and return to safety? Are their budding powers strong enough to save them and the people they're starting to care about? 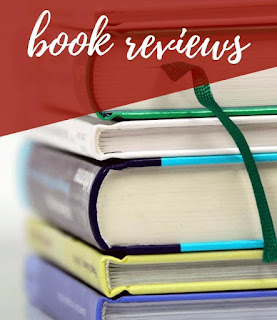 Here’s what readers are saying about the series thus far:

"This is a new series by first time authors. I was lucky enough to get an early copy...and it is absolutely wonderful!! The characters are so so lovable, and the plot is fantastic!!! If you like fantasy then I highly recommend you pick this up as soon as it comes out!"

"A wonderful book that takes you to a world to get lost in... A must read to keep you wanting more!!! Very well-written and an exceptional story line. This is a 5 star book!!!"

"This is a great book. I'm almost done with the second and it's even better!" 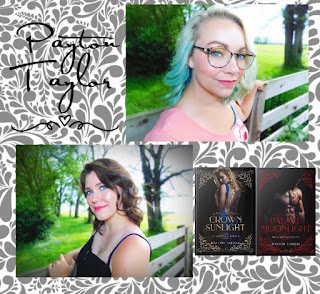 Hey there! Our names are Payton Salmons and Taylor Bivens. We are two co-authors writing under the pseudonym Payton Taylor. We love chocolate, good books, and lady assassins. We enjoy all genres of books and we write across many genres as well including fantasy, paranormal, and thriller. Our first books, Crown of Sunlight and Palace of Moonlight, are now available now!

Link up with Payton Taylor below!