Throwback Thursday: A Look Back At My Fave Contemporary Romance/Chick Lit Book I've Written To Date! 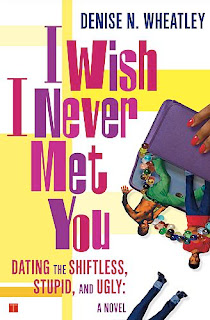 Oh what fun it was to write, “I Wish I Never Met You!” This cult classic, which is filled with tales of wild and crazy dating disasters, was published by Simon & Schuster back in 2004. The novel ended up gaining quite a cult following, and I met many of my readers (via social media, etc.) through this book. I’m lucky that those readers have followed me throughout my career, and I’ll never forget how it all started with this hilariously brazen little number. I recently wrote a television pilot for the book, along with an accompanying show bible.

Continue reading for a fun sneak peek at “I Wish I Never Met You,” and meet one of the funniest, boldest heroines I’ve ever written…


I WISH I NEVER MET YOU


I One Night Only:

II I Want It All: 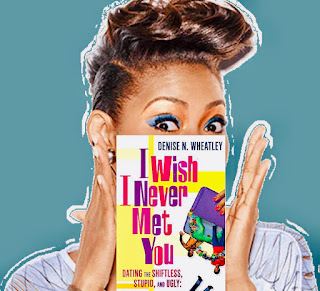 It may be that your whole purpose in life is simply to serve as a warning to others. —Anonymous

I’m not saying I was always right. I’m not saying I was always wrong. What I am saying is that I always did what I felt in my heart at the time. People sometimes get caught up in the moment. Act without thinking. Do harmful things. Then live to regret them. Lucky for me, I’m not one of those people. When I take revenge, there are no regrets.
When it comes to certain situations, I have no conscience. I learn to accept and oftentimes welcome my vengeful behavior. Like the time when I set Dennis the Dumb-Ass Divorcé’s apartment on ﬁre. Or when I drop kicked and beat Cecil the Circus Midget in the middle of a crowded party. Or when I attacked Horace the Human Ape with my stun gun and blasted pepper spray inside his mouth. I could go on, but I don’t want to reveal the entire contents of this book in the intro. My point is, I don’t want you to pass judgment on my behavior until you know the whole story. Give me a chance. Find out how the dirty deeds of these people warranted my disinfecting behavior.
The thing is, I never wanted any trouble. All I wanted was to ﬁnd a man. A husband. A soul mate. But for some reason, my search never led me to the promised land. Instead, I consistently fell into a deserted ﬁeld of broken dreams and glass bottles.
Some may blame me. They may say that my chosen tactics were a little less than desirable. But I don’t give a shit. It’s over now. I’ve been had. I’m tired, sweaty, overworked, never paid, drained of all hope, and still single. That’s depressing. I’m getting off the subject.
This book is not about singlehood. The book covers some of the ridiculous dating situations that I’ve gotten myself into and somehow got myself out of. If I hurt or humiliate anyone during the process of telling my story, too goddamn bad. My mission here is not to consider the feelings of those who have scorned me. My mission here is to offer a book that will act as a generous contribution from me to society. To provide a vital guide to what not to do when seeking a mate so that you won’t make the same mistakes that I made. Walk down the same path of destruction that I laid. Go broke from the same huge prices that I paid. It wasn’t worth it. It never is. So pay close attention.
For further guidance and understanding, I have concluded each chapter with an afﬁrmation. A brief yet priceless afﬁrmation that will encourage you to stop blaming yourself, the drugs, the alcohol, and the lack of sex (or too much bad sex) for your behavior. These critical afﬁrmations will teach you who the hell to stay away from. You’ll learn how good judgment alone can prevent you from performing senseless, damaging, life-threatening acts that you may one day live to regret. So if you do not comprehend the overall teachings within the chapters, you can always refer back to the afﬁrmations at the end. Marvel at them. Memorize them. Live by them. Die by them. Ball them up and stuff them inside your brain. Share them with others. And you will never go wrong. Now on with the story. . . 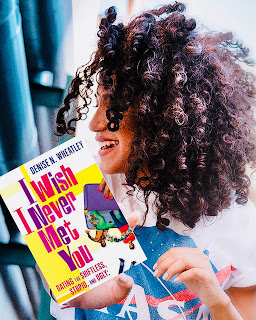 
There are those of us who love to go out and socialize. Toast with good alcohol. Dance to good music. Puff on good cigars. And, if appropriate, meet good potential mates. When the right encounter occurs, we unattached individuals are convinced that things will go from the exchanging of phone numbers to the ﬁrst call to the ﬁrst date to the ﬁrst kiss to the ﬁrst time to the ﬁrst anniversary to the ﬁrst wedding RSVP to the ﬁrst baby carriage. Right?
Wrong. Doesn’t always happen that way. Sometimes we may approach someone and not get any conversation whatsoever. If we do, we may not get the digits. If we do, we may not get the returned phone call. If we do, we may not get the ﬁrst date. If we do, it may be a disaster. If it is, we never make it to the kiss, the sex, the wedding, or the baby carriage.
Then there are those of us who get tired of the random party scene. We are looking for an alternate route. So we abandon the barren bars and corny clubs. We decide to talk to family, friends, co-workers, and churchgoers to ﬁnd out whether or not they know a good, compatible person to introduce us to. We listen closely to our options. We take our pick. We sit on the edge of our seats and wait for that initial phone call or e-mail. One of the two occurs. We love the conversation or message exchange. We anticipate that ﬁrst date. We pray that this could be it. But what if it isn’t?
If it isn’t, we decide to hit the party scene again. But on a different level this time. We attend only events that are being thrown by someone we know. That way we already have an idea of what types will be in attendance. Hopefully we trust, admire, and respect the host or hostess. If we do, then we eagerly assume that the majority of his or her guests will be worthy of the same adulation. If we meet someone interesting, the ability to obtain a reliable reference is there. In case things don’t work out with the person we’ve selected, we take mental notes of other options so we can ask about them later. But considering the faith that we’ve put into the host or hostess, we have already assumed that our ﬁrst choice will probably work out. Probably is the operative word here.
If things don’t work out, then we get tired of all forms of socialization. Period. All parties become superﬂuous. All matchmaking options have been exhausted. We decide to end our quest altogether. We stick to our regular routine and stop going out of our way to meet someone. But we still secretly hope that we’ll experience a close encounter at  the gas station, grocery store, health club, or church. That way, after telling everyone that we’d given up on relationships, we can lie and say that our furthest expectation was to ﬁnd that special someone. We’d just been minding our business. Taking care of our affairs. Feeling content simply being alone. Then along came a miracle. Fate was on our side that day. Or was it?
As you will soon discover within the ﬁrst three chapters of this book, nothing I just said really matters. It doesn’t matter where or how you meet a person. Nothing is guaranteed. No territory is safe. The enemy could be lurking anywhere. Segregating sinners from do-gooders is illegal. So the boldest adulterers are still allowed to go to church. The most devious deceivers are still allowed to shop at the grocery store. The biggest liars are still allowed to work out at the gym. And the most despicable individuals are still allowed to befriend our matchmakers and pull off an unsuitable hookup.
I’ve run the gamut. I’ve been through it all. The parties, the matchmaking, the subconscious searches, and the letdowns. The situations where eager anticipation lasts so much longer than the actual event. How did I get through all of these ill-fated encounters and learn to prevent similar situations from occurring? Turn the page and ﬁnd out. 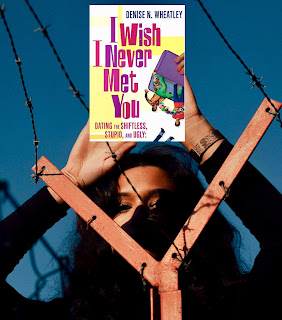 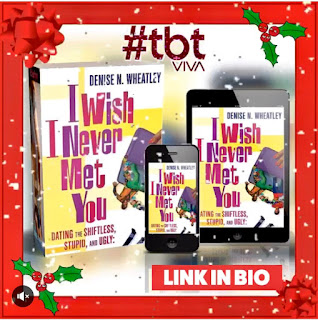 Want more? Purchase a copy of "I Wish I Never Met You" in the format of your choice here on Amazon or here on Simon &Schuster! If you're interested in learning more about my additional novels, click here! 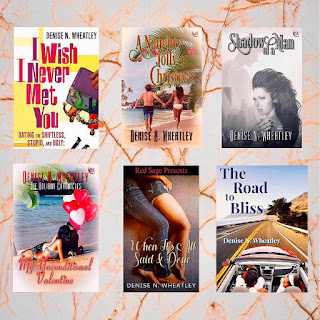 Please connect with me on social media! Find me: