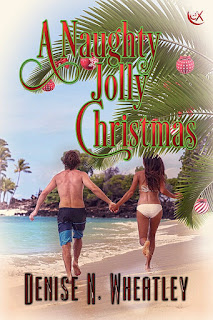 Someone is about to have the best holiday ever…


Sasha Williams is an African-American public relations powerhouse who’s come a long way from the south side of Chicago to glamorous Los Angeles. While she loves her LA life, she hasn’t forgotten her roots and always goes back home to celebrate Christmas with her tight-knit family. This year, however, Sasha’s holiday plans are nixed when she’s forced to accompany her sexy, notoriously naughty new client Drake Lancaster on the press tour for his upcoming Christmas movie.

Sasha’s furious, yet finds herself overcome with lust when Drake strolls into her office. She’s surprised considering she’s never dated a white man. Drake’s attraction toward her is just as intense, and the pair partake in far more than just a business meeting, right there on the spot...

Despite Sasha’s promise to keep things all business during the press tour, their sensual trysts heat up even further while out on the road. In the end, Sasha must decide whether their cultural differences, along with her secret painful past and Drake’s playboy reputation, are worth her risking her heart and career—especially without knowing whether this is the real thing or a racy fling. 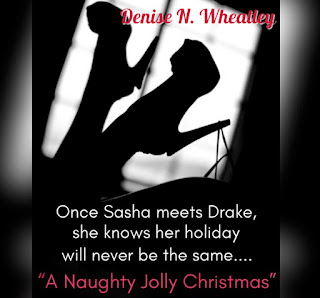 Drake appeared in Sasha’s office doorway, up close and personal, in all his sexy glory. He slowly eyed her from head to toe. Judging by the look of admiration in his penetrating gaze, he liked what he saw.

“So,” Drake began, his titillating tone filled with flirtation, “you’re the notorious Sasha Williams who’s been hired to clean up my image and take me to the next level…”

Drake’s smooth, deep voice sent shivers through her eardrums straight down to her panties. And just like that, her self-control slipped away.

Sasha struggled to compose herself. She managed to force a smile and extend her trembling hand. “Hello, Drake. It’s a pleasure to meet you.”

He gently took her hand in his and bowed slightly, kissing it softly. “The pleasure is all mine.”

Drake straightened up but didn’t let go of her hand. His firm grip and rugged skin sent delicate tremors straight up her arm. He slowly studied her face. Then he shamelessly became transfixed on her breasts, licking his lips hungrily.

Sasha froze. She felt lost underneath the spell of his intoxicating stare and stimulating touch. 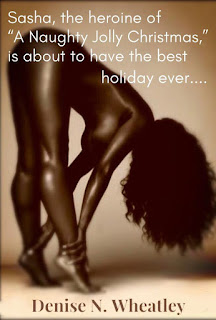 Drake sauntered over to the door and locked it.

Sasha swallowed hard. “Can I, uh, can I get you something to drink?”

“Nope. I’m good. I’ve got everything I need right in front of me.”

Sasha’s heart thumped erratically. She watched Drake head over to the other side of her office.

“Should we take a seat on the couch so you can tell me everything you’re going to do for me now that I’m officially your client?”

Drake didn’t wait for her to respond. He wrapped his arm around her waist and led her over to the couch. When she bent forward to sit down, his hand slid past her hip and cupped her ass.

Sasha gasped as Drake sat dangerously close to her. She moved over a few inches to put some space in between them, but he promptly moved in even closer.

“You’ve got such a beautiful complexion, Sasha. And I love your hair,” he murmured, lightly running his finger over her cheek. 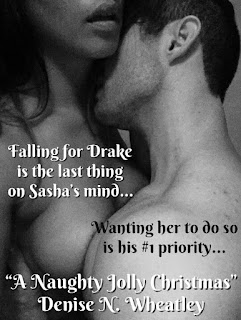 She leaned back and eyed Drake suspiciously. “Do I really? Wait, let me guess what’s coming next. You’re going to tell me how exotic I look, then ask if you can touch my hair, right?”

“Because, newsflash,” Sasha interrupted, now in full rant mode, “I’m just your typical, standard-looking African-American woman. My complexion, my hair…my entire look is the norm where I’m from.”

Sasha was so worked up she was beginning to perspire. She hadn’t meant to go off the deep end, but she was tired of that same old narrative of being viewed as some sort of foreign object—as if her form of beauty was somehow atypical. But Drake actually appeared somewhat amused.

“You made mention of where you’re from,” he said. “Where’s that?”

“Please don’t call it that.” Sasha giggled. “It sounds so basic.”

“All right then, the Windy City. Great town. I shot a movie there last year. Fantastic food and even better people. Oh, and I hate to break this to you, Sasha Williams, but here’s my newsflash. There’s nothing typical about you, and you don’t resemble any other woman, period. You’re absolutely stunning.”

The compliment flipped Sasha’s feelings from offended to flattered within seconds. She looked into Drake’s eyes and saw nothing but sincerity, then felt herself falling under his spell once again. “Thank you,” she replied quietly. 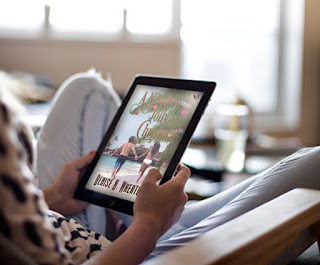 “And no, I’m not going to ask to touch your beautiful hair, unless you want me to, of course. But your hair is not some sort of peculiar phenomenon to me. You’re not the first woman of color I’ve encountered. My guess is that you’ve never been with a white guy, though, have you?”

Sasha shifted in her seat. She wasn’t comfortable having such a personal, race-related conversation with this man she’d just met. “I’m sorry, Drake. But we’ve really gotten off track here. Why don’t we get back to business?”

“Sure. Whatever you want…”

Drake’s jeans rubbed against Sasha’s bare leg. He placed his arm behind her along the back of the couch, then let it slip forward over her shoulder, his fingertips practically brushing across her hardened nipples. If she moved an inch, her breast would fall right into his hand. Her entire body stiffened up.

“I’m sure you already heard about the altercation I had at the Hollywood Hills Resort last weekend. Do you think you could spin the story to somehow make me look like the victim? Because I’ve been slaughtered in the press, and when we go out on this press tour for Deck the Halls with Love, I need to have the fans’ sympathy and support.”

Sasha cleared her throat and allowed herself to slowly exhale, somehow managing to avoid having her hardened nipple graze Drake’s lingering fingertips. 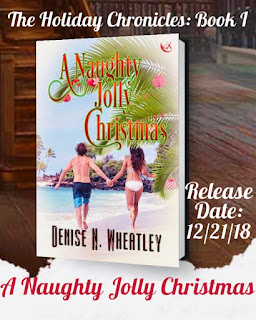 “Well…” she began, struggling to steady her trembling voice. “The so-called fans who mobbed you at the resort were obviously trying to pick a fight. Their goal was to record the incident and upload it onto social media for likes and followers. I’ll counter the negative press by saying your actions were simply a matter of self-preservation. You were being attacked and had no security with you, so you had no choice but to protect yourself.”

Sasha was pleased with her impromptu response. And apparently Drake was, too, because she glanced down at his crotch and noticed he was fully erect.

“Wow, Ms. Williams. That was a very impressive answer.”

Sasha gazed into his eyes and saw a glimmer of insatiability. She became so memorized that when he slid his hand onto her thigh and gripped it firmly, she didn’t stop him. He boldly took her chin in his hand, pressed his soft, moist lips against hers, and slipped his tongue inside her mouth.

Her rigid body slowly relaxed. She couldn’t believe this was happening and was even more shocked by the fact that she was actually kissing Drake back.

When his hand glided up her leg, underneath her dress, and he slid her panties to the side, Sasha’s first instinct was to close her legs and deny him. But desire overtook her, and she instead opened her legs wider to give him easier access…

A Naughty Jolly Christmas is the first novella of my series, The Holiday Chronicles. 'Tis the season with this steamy novella, and be on the lookout for the follow-up, My Unconditional Valentine, coming February 2019! 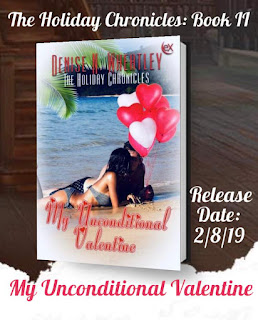 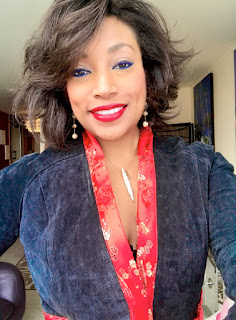 Hello everyone! My name is Denise, and I am a lover of romance, happy endings, and the art of storytelling. I used to cry as a three-year old child when my mother read to me because I so badly wanted to read the books myself! Once I learned, I constantly had my nose in a novel (especially the ones I’d sneak from my mom’s bookshelf). I’ve been writing for as long as I can remember and draw inspiration from Chicago, the city where I was born and raised, as well as Los Angeles, which is one of my favorite places in the world. I’ve published several books and short stories, and I’m an avid ghostwriter and editor. When I’m not sitting behind my computer, you can find me in a movie theater, on a tennis court, watching true crime television or chatting on social media.

Speaking of social media, I’d love to connect with you! Here’s where you can find me: 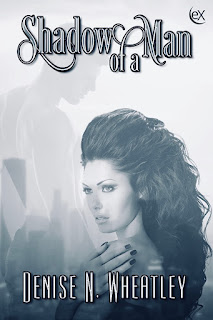