I Just Signed A New Book Deal With Tule Publishing! 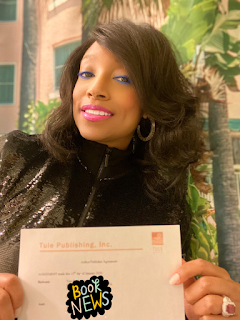 Hello Friends! I am so excited to announce that I've signed a new book contract with Tule Publishing! First up is my contemporary romance series SHE GETS WHAT SHE WANTS, about a jilted Midwestern woman who believes she can conquer Hollywood, so she does. Keep reading to learn all about the book, its main characters, a few fun facts, and more! 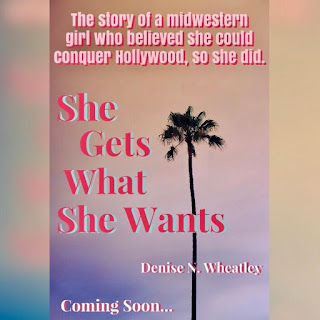 The story of a jilted midwestern woman who believes she can conquer Hollywood, so she does...

Devon Jacobs is a kind-hearted, ambitious, slightly overweight newspaper columnist who’s hoarding more secrets than just the chocolate bars in her desk drawer. She quietly dreams of escaping her stifling hometown of Berman, Indiana and moving to Hollywood to write for television. She’s also madly in love with her best friend Jason, a known player, who has no idea how she feels. But the fear of failure and rejection have left her stuck in Berman, eating her feelings while frustratingly looking on as Jason dates one pretty model-type after another.

All that changes the night Devon and Jason attend their high school class reunion and end up back at her apartment. After a few cocktails and kisses, she finally finds the courage to tell him how she feels. But Jason quickly rebuffs her, insisting they’d be better off as friends.

The painful snub motivates Devon to make the bold move to LA, where she lands a job as a production assistant on the hit television sitcom ‘Here To Stay’ and experiences an overall glow-up. Her star really begins to shine when she befriends Ryan, the show’s sexy lead actor, and is assigned to work side-by-side with the production’s head writer.

Just when Devon starts living her best life, Jason suddenly resurfaces, impressed with her transformation and asking for a second chance. A conflicted Devon, who’s used to playing the background as opposed to the desired main attraction, must decide whether her long-standing feelings for Jason are worth risking her growing love for Ryan.

Here are a few fun facts about SHE GETS WHAT SHE WANTS:

My protagonist Devon was inspired by the amazingly talented actress, Zazie Beetz! Like Zazie, Devon is ambitious, unique, creative, resilient, and determined to pursue her dreams/happiness by any means necessary.

Along with Zazie, there are a few other celebrities who inspired the characters in SHE GETS WHAT SHE WANTS. Actor Trevante Rhodes, provided me with a nice dose of inspo (especially after seeing him in the film "Bird Box") as I created Ryan, Devon's potential love interest. Like Trevante, Ryan is handsome, intelligent, talented, and rooted in integrity.

Devon's friend Gabby, who works as an on-set wardrobe stylist, is instrumental in Devon's move to LA. This character was inspired by actress Gabrielle Union-Wade. Like Gabrielle, Gabby is strong, outgoing, supportive, and insightful.

Now I don't want to give too much away about Jason, my story's antagonist. But if I had to sum him up in five words, they'd be: 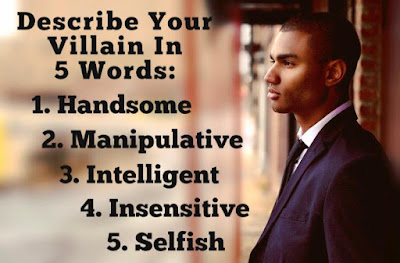 But enough about the (semi) bad guy. Let's get back to our heroine, Devon. Here are some additional snippets about her:

If Devon had a favorite television show, it'd be...

If Devon had a favorite song, it'd be...


Mary J. Blige's "Be Happy." Since SHE GETS WHAT SHE WANTS is centered around the pursuit of happiness, this tune suits the book's theme perfectly.

If Devon and her friends had a favorite LA hangout, it'd be... 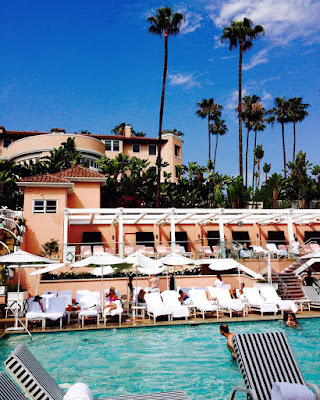 The iconic Beverly Hills Hotel. Also known as Sunset Boulevard's "Pink Palace," this hotel's luxurious Polo Lounge is the perfect mix of old Hollywood and current industry heavy-hitters. It is cool, hip, gorgeous and sophisticated, and the see-and-be-seen hotspot is a great place to rub shoulders with entertainment insiders who could be pivotal in Devon's career advancement.

A few runners' up? The Sunset Tower Hotel's Tower Bar, Toast Bakery Café, and Catch LA, all of which Devon frequents in the book. 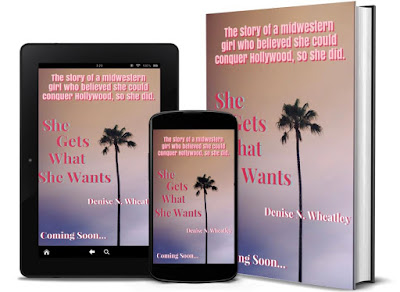 Throughout this series, Devon’s relationships and career will continue to evolve. She'll come to terms with her old life back in Berman, Indiana, while realizing that all has not been forgiven or forgotten.

Devon will cultivate new connections in LA while navigating her way through the ups and downs of life in Hollywood. She'll doggedly chase her dreams, struggle to balance work, play and love, and relentlessly pursue that elusive goal of ultimate happiness. 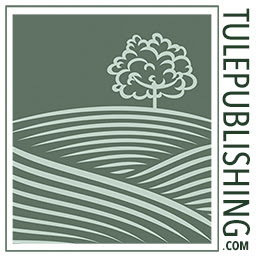 I am absolutely thrilled that SHE GETS WHAT SHE WANTS is being published by Tule! This story has been in my heart for years, and watching it come to life has been amazing. I love Tule's mission, which is, "to publish fantastic stories by the best writers while delighting readers and satisfying their authors’ desire for creativity, freedom, and commercial success."

Stayed tuned as I continue to update you here on my blog with official release dates, book excerpts, future projects, giveaways, and more! In the meantime, CLICK HERE to check out my current collection of novels, and CLICK HERE to connect with me on social media!