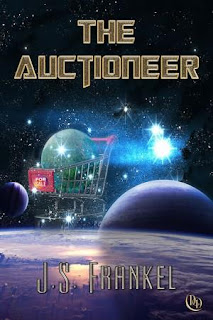 Hello everyone, and welcome back to my blog! Today I am featuring my fellow eXtasy Books/Devine Destinies author, J.S. Frankel. J.S. has published a number of novels, and he’s known for his unique spin on the world of science fiction. Keep reading for deets on his sweet young adult sci-fi book THE AUCTIONEER, then stick around to hear my thoughts on it and to get a sneak peek at J.S.’s latest young adult fantasy/science fiction release, THE SMALLS! 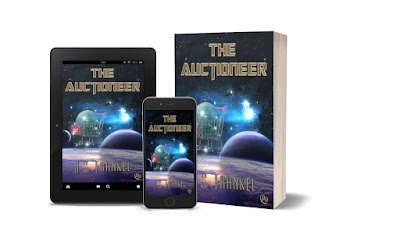 Selling used cars and antiquities is nothing new for an auctioneer. When it comes to selling people and planets, that's another matter altogether...

Matthew Carter, eighteen and orphaned recently due to the death of his father, continues on the family tradition of auctioneering. It is not his chosen profession, but one that is thrust upon him by circumstance.

Offered a chance to make some money by a man named Baltarus, Matthew reluctantly agrees, and to his surprise, ends up on an alien star-port where he auctions off rare items from all over the galaxy.

Matthew learns his trade and grows into it, but complications arise when he is forced to sell an alien woman named Anarra. He buys her in order to give her the freedom she desires. They become friends, and soon become lovers.

Life is good, but all that changes when he becomes a target of unknown assassins. Additionally, he is forced to sell a planet named Volarus, something that goes against his conscience.


Matthew finds out there’s more to life than making money, and races against time to find a loophole in order to stop Volarus from being next on the bidding block, as well as finding out the faceless killers who will stop at nothing to achieve their goals.

Not Just For Sci-Fi Lovers...

Unique, multi-layered and completely engaging, I thoroughly enjoyed J.S. Frankel’s sci-fi tome “The Auctioneer.” Protagonist Matthew Carter is strong-willed yet endearing, moral but a fighter. Whether struggling to improve upon his auctioneering skills or fighting off vile creatures in an attempt to survive, you can’t help but root for him. But it’s when he manages to save the sweet, intriguing mutant Anarra from being sold into slavery (which he quickly learns is legal in other galaxies) that Matthew truly shows signs of being a burgeoning hero. The pair’s friendship-turned-love affair is perfectly paced, and together they become a force to be reckoned with.

Their fight against the dangers of the universe becomes a matter of life-and-death when the twosome struggle to prevent the planet of Volarus from being sold to the highest bidder; a transaction that could jeopardize the lives of seven billion people. Much is at stake for Matthew and Anarra, and I was on the edge of my seat waiting on the outcome of their heroic gesture and battle to survive. Do yourself a favor and add this novel to your collection. You won’t regret it!


Want more? CLICK HERE to purchase your copy of THE AUCTIONEER now! 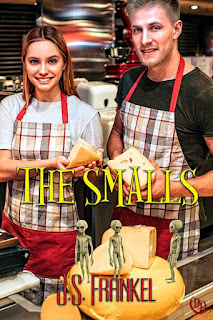 Who says that size doesn’t matter? Think of it in reverse. Good things come in tiny packages.

Greg Allenby, almost seventeen, is in line to inherit his family’s cheese-making business. He wants nothing to do with it. Bored with his life in Ames, Iowa, he thinks of nothing else except getting out of his hometown and going somewhere with his girlfriend, Jenny Gillis. Anywhere will do.

Everything changes with the arrival of three minute visitors. Artan and his wife, Kelindra, and her brother, Farkas, are from the planet of Chisaka, and they have nowhere else to go.

Greg allows them to stay, and they prove to be helpful with a number of skills they possess, but soon the secret is out and everyone wants to meet the little people, including the police and the armed forces.

Worse, the alien trio is being pursued by a malevolent individual from their home world, and now Greg and Jenny, along with the various lawmakers they meet, have to do everything they can to protect their new friends. But how you can protect yourself against something that you can’t even see?

Want more? CLICK HERE to purchase your copy of THE SMALLS now! 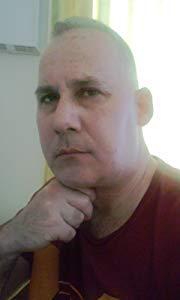 J.S. Frankel was born in Toronto, Canada and grew up there, receiving his tertiary education from the University of Toronto and graduating with a double major in English Literature and Political Science.


After working at Gray Coach Lines for a grand total of three years, he came to Japan at the age of twenty-six and has been there ever since, teaching English to any and all students who enter his hallowed school of learning.


In 1997, he married Akiko Koike. He, his wife and his two children, Kai and Ray, currently reside in Osaka. His hobbies include weight training, watching movies when his writing schedule allows, and listening to various kinds of music.


His novels, all for the YA set, include Twisted, Lindsay Versus the Marauders and it's sequels, Lindsay, Jo, and the Tree of Forever, and Lindsay, Jo and the Well of Nevermore, all courtesy of Regal Crest Enterprises. He has also written the Catnip series (five novels), Mr. Taxi, The Titans of Ardana and its sequel, The Titans of Ardana 2: Battlefield, along with Picture (Im)perfect and more novels, courtesy of DevineDestinies.com.

Shop J.S.'s collection of books and connect with him here: