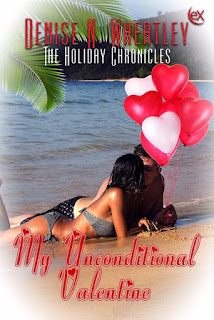 Even the most perfectly laid holiday plans sometimes go awry…


Entertainment industry “it” couple Sasha Williams and Drake Lancaster, who were first introduced in “A Naughty Jolly Christmas,” are still going strong. Sasha’s impeccable publicist skills have kept Drake on the A-list, helping him land the lead role in a major Valentine’s Day movie. When filming wraps, the twosome plan on heading to Cabo San Lucas, inviting both their families along to meet for the first time.

But plans go astray when Drake reverts back to his bad boy ways during filming and gets into a huge altercation with the director. He’s booted from the movie and replaced by Mitch Morrison, a hot young actor who’s recently taken Hollywood by storm.

The stress of it all puts a strain on the couple’s relationship, especially when Mitch admits to Sasha that he’s developed feelings for her and she realizes the sentiments may be mutual. With the pressures of Sasha and Drake’s rocky union continuing to mount, the anticipation of their families meeting, and Sasha’s elusive affections towards Mitch, the couple can’t help but wonder whether their once booming relationship is about to crash. In the end, they must figure out whether their love is strong enough to withstand these issues and carry them through this Valentine’s Day.


Sasha sped along the Pacific Coast Highway with her car top down and music blaring. The crisp ocean wind whipped through her hair while the setting sun warmed her skin. She readjusted her sunglasses and leaned back, relishing the moment. Sasha was happier than she’d been in quite some time. Life was good. As a matter of fact, life was great thanks to today, because everything had suddenly taken a turn for the better.


After she’d knocked her presentation out of the park that morning, Sasha received a text from Drake letting her know he had gotten the part. She’d screamed so loudly that Lori came tearing into her office, thinking something had happened to her. Drake then informed her he’d made dinner reservations at Hinata Sushi, the most exclusive restaurant in Malibu, and afterwards they’d check into the royal suite at The Malibu Oceanside, where they would spend the rest of the evening indulging in dessert and one another.


Sasha had something in store for Drake as well. That afternoon, she’d solidified plans for their Cabo vacation after deciding she would rather spend the evening reconnecting with him than coordinating the trip. She made some executive decisions on her own and created an elaborate agenda confirming the exact travel dates, resort location, and list of activities. Sasha sent the agenda to both sets of parents, and just as she’d expected, they got lost in the fancy presentation and agreed to everything.


She stopped at a red light and grabbed her phone, activating the voice-to-text feature then sending Drake a message asking whether he wanted to drive out to Malibu or arrange car service. She hadn’t heard from him since early that after noon, which was strange after they’d been communicating nonstop all morning. Sasha assumed he had gotten caught up in the whirlwind of preparing for his shoot and figured they’d hash things out when she got home.


She turned down her block and approached her house, expecting to see Drake’s car parked outside. When she didn’t, Sasha pulled into the driveway and tried calling him. She got his voicemail.


“Hey, babe, it’s me. Tell your film director Lee that he’s going to have you all to himself in Ontario soon enough and you need to take a break from your meeting to call your girl. But anyway, I just got home. Getting ready to freshen up and pack for our night. I’m so looking forward to this. Love you.

Sasha disconnected the call and practically floated inside the house. She set her tote down on the couch, then walked over to the closet to grab her suitcase. On the way there, she saw a printout lying on the bar. She picked it up and squint-ed while trying to make out exactly what she was looking at. Upon further inspection, Sasha realized it was a dark, grainy photo of her and Mitch, sitting in the booth at the Diamond VIP Bar. Her stomach dropped to her knees. She trembled all over as beads of sweat formed along her hairline. Sasha held her breath, then read the blurb underneath the photo. 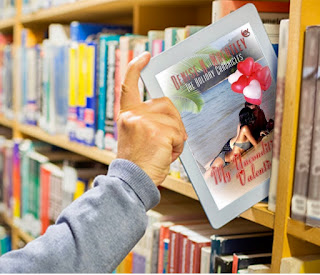 Our sly sleuths here at Gotcha! strike again, this time catching powerhouse publicist Sasha Williams cozying up to A-list actor Mitch Morrison. Sasha, who’s known for mixing business with pleasure, is also Mitch’s new publicist. So does this mean it’s a wrap for her and Drake Lancaster? Apparently so, making it Drake’s second humiliating termination in recent weeks after he got booted from King Gary Rosen’s latest blockbuster production, On Bended Knee. What’s worse is that Mitch was hired to re-place Drake on the film. Ouch! Will Sasha and Mitch make it down the aisle? Will Z-listed Drake go back to waiting tables? Stay tuned, as we here at Gotcha! work to getcha all the latest scoop!


Sasha leaned against the wall and slid to the floor. Tears streamed down her face. She looked down at the article again. A note from Drake was scribbled at the bottom.


Of all the guys you could’ve replaced me with, you chose Mitch Morrison? And I had to find out through some trashy blog? I thought we were better than that. Guess I was wrong.

Sasha balled the article up and threw it across the room. Her chest heaved with remorse. She sobbed for several minutes before grabbing her phone and dialing Drake again. The call went straight to voicemail. She hung up and sent him a text, apologizing profusely and asking him to please call her. Right when she hit send, a message came in from Nick.

In a meeting and can’t talk, but I got a call from Drake saying he wants to sign with a new publicist, effective immediately. What’s going on?

Sasha swallowed the bile that was creeping up her throat and struggled to steady her breathing.


She closed Nick’s message without responding and sent Amanda a text, telling her she had an emergency and asking if she could come over ASAP. Amanda replied immediately. 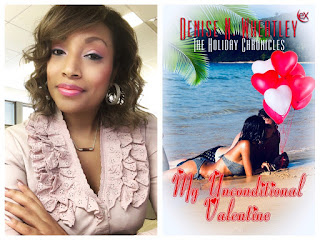 You can shop for my books and connect with me here: